Sorry, but your browser does not support this video format.

What are Chakra Enhancers?

Well to answer that question, let’s start off with the definition of the word chakra.

A chakra is an energy center of which there are multiple points in and around the body. The word chakra is derived from the Sanskrit word for wheel or circle, which relates to the spiritual understanding of dharma. The concept of a chakra is found in the tantric traditions of Hinduism, Buddhism, and Jainism. With the popularization of yoga in the Western world, the word chakra has become a household name.

The concept of chakras differs depending on the cultural tradition, but for the purposes of the Ancient Truth Investigators, the Chief has been investigating the links of these meridians to the endocrine system. Chakras are not physical but are rather aspects of consciousness, similar to auras. But, chakras have an effect on the physical body via the endocrine system and nervous system.

The endocrine system includes all of the glands of the body and the hormones produced by those glands. 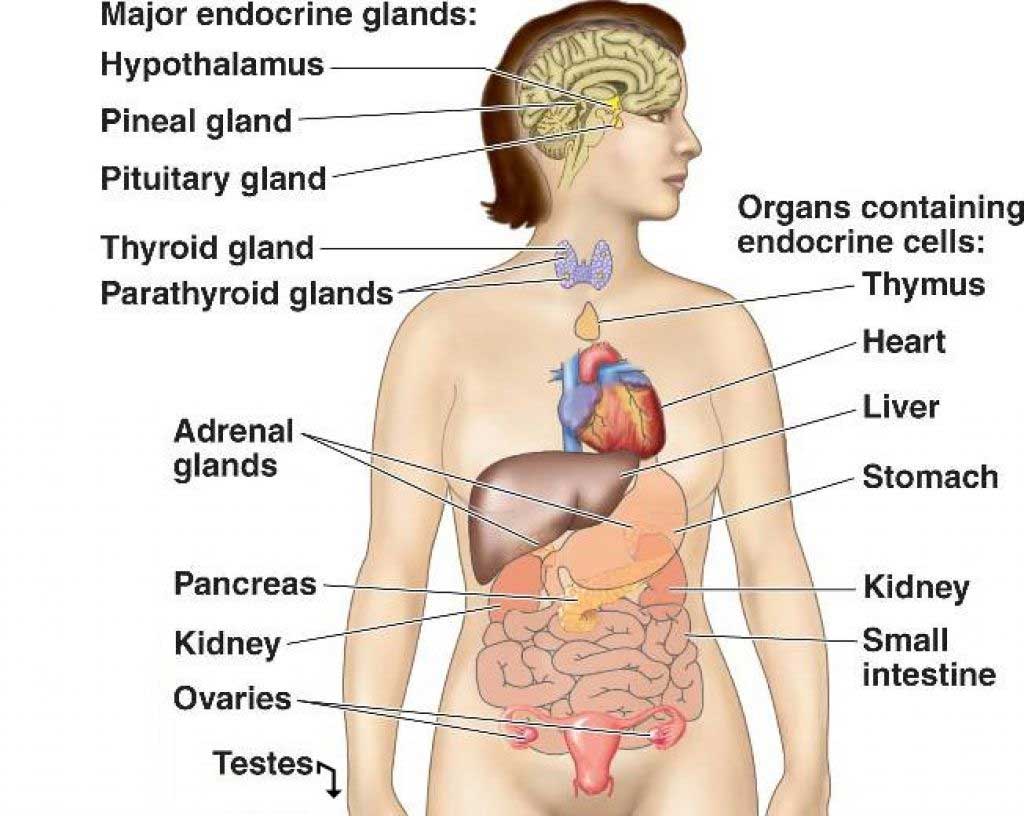 The alignment of the endocrine system relates to the chakras of the spiritual body. 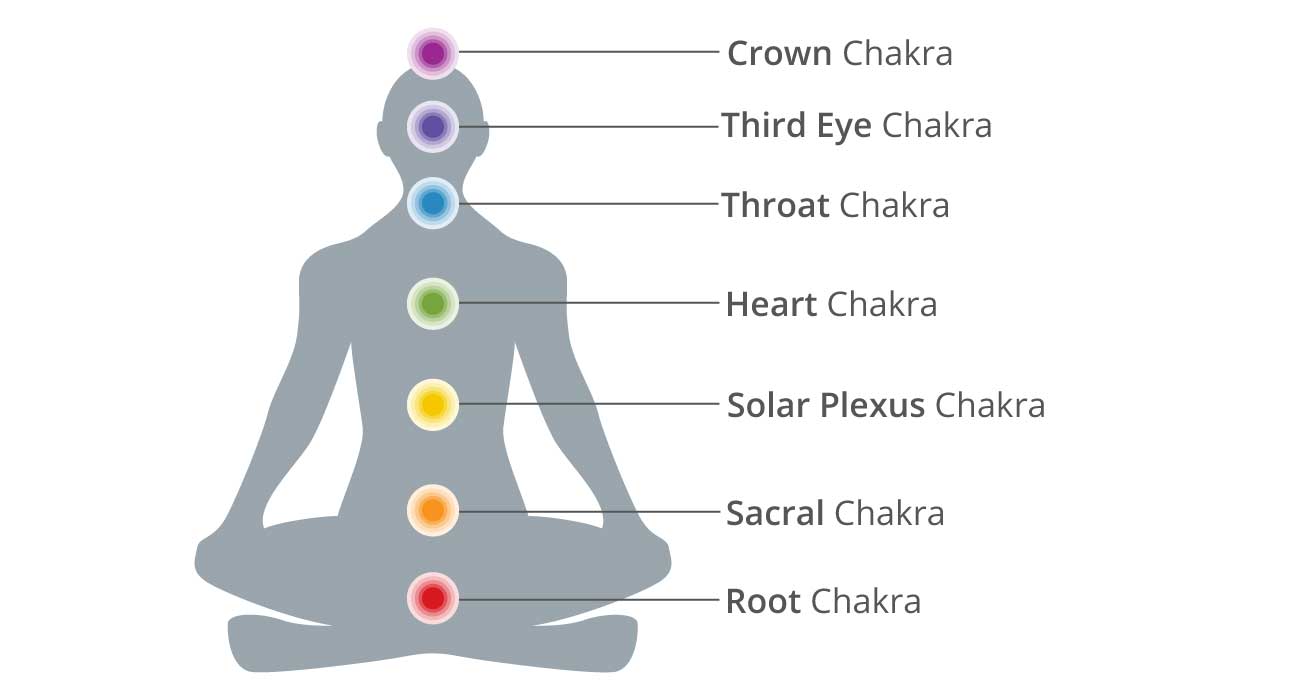 The balance of the mind, body, and spirit take a lot of work. So, the Chief started the Chakra Enhancement line as tools of alignment for everyday-use. The specimens that are at the center of the Chief’s designs were found at particular points around the planet which relate to the Earth’s meridian centers. Each jewelry piece has the potential to amplify the wearers’ positive manifestation powers.

The team goes to great lengths to find these special elements that are ideal for chakra empowerment. There’s numerous expeditions made and endless caves explored, in search of the perfect specimens. 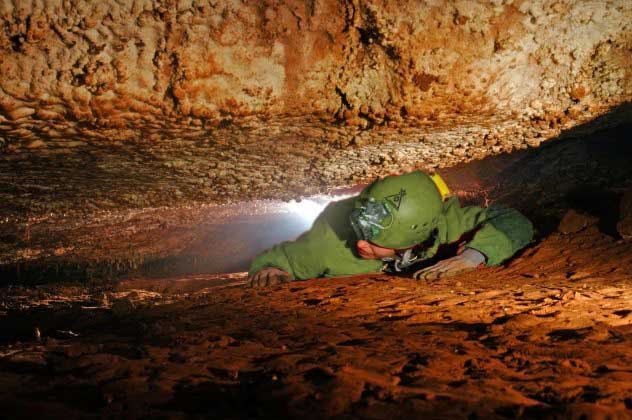 The specimens are then brought back to the lab where they are cleaned, and amplified for maximum enhancement. 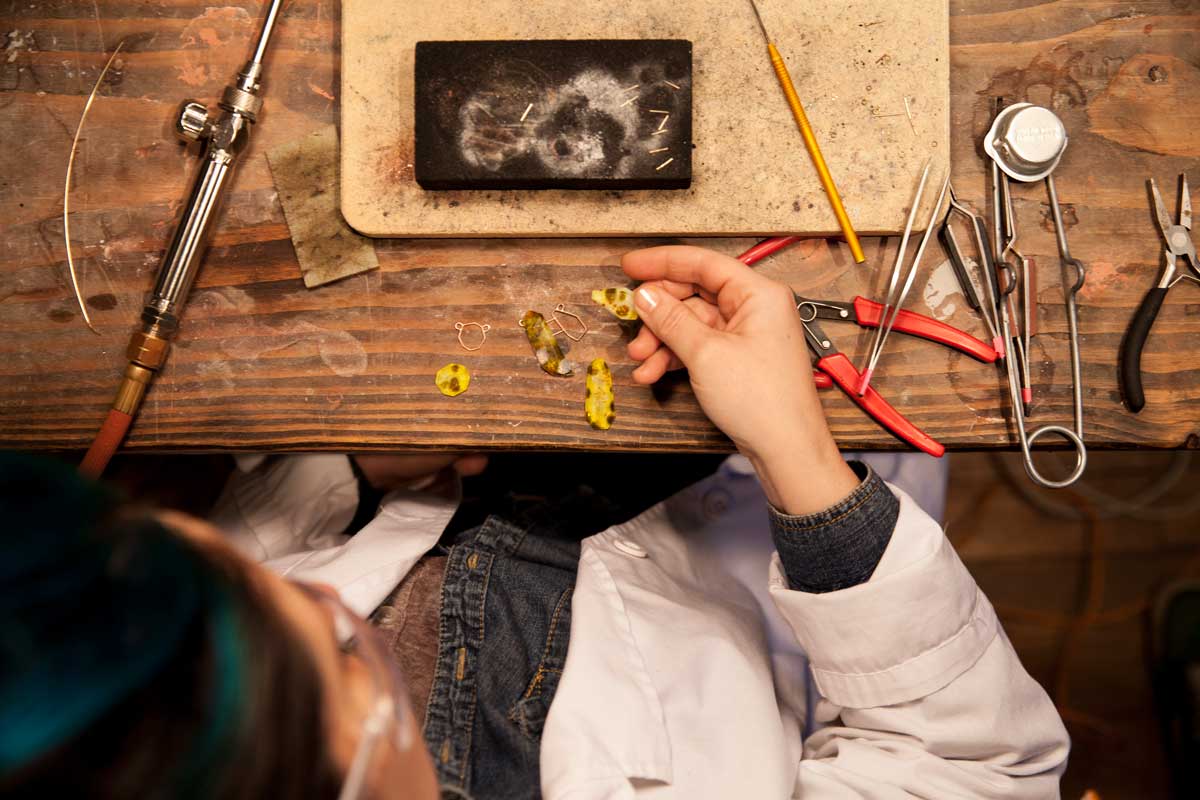 The Chief designs and fabricates each piece considering the specimens’ potential. 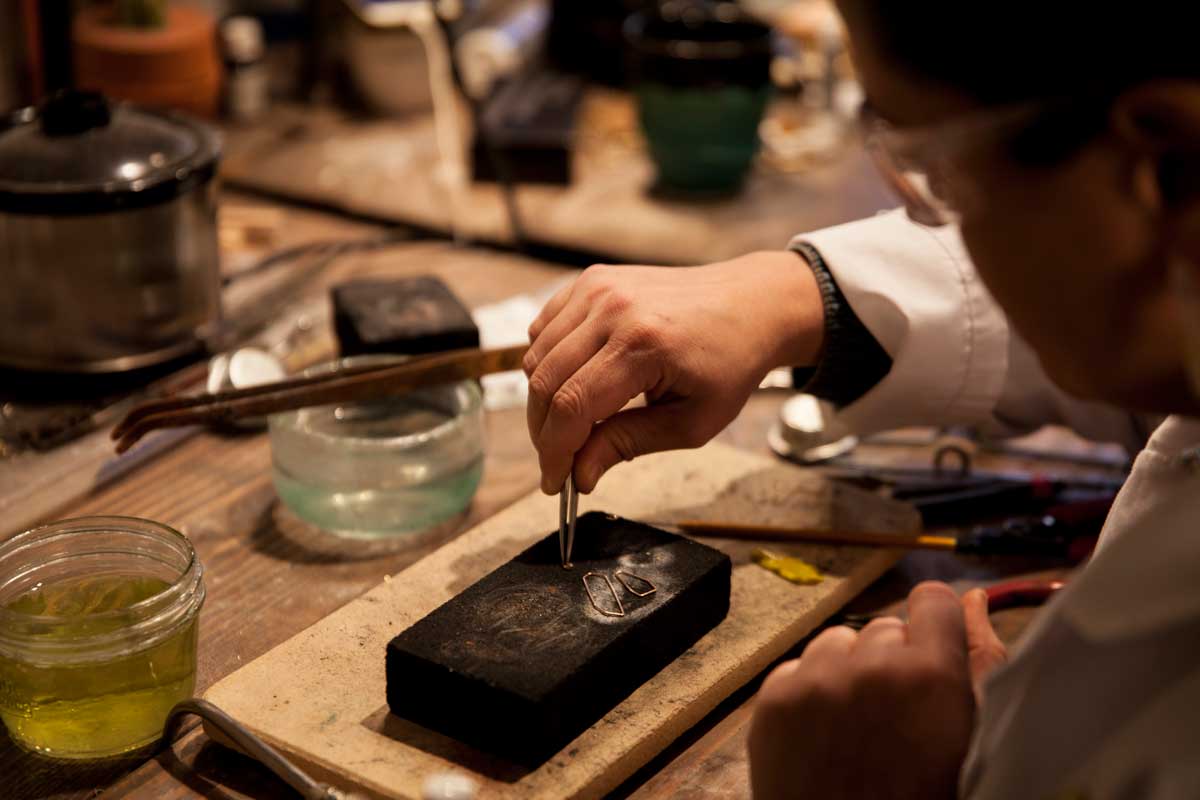 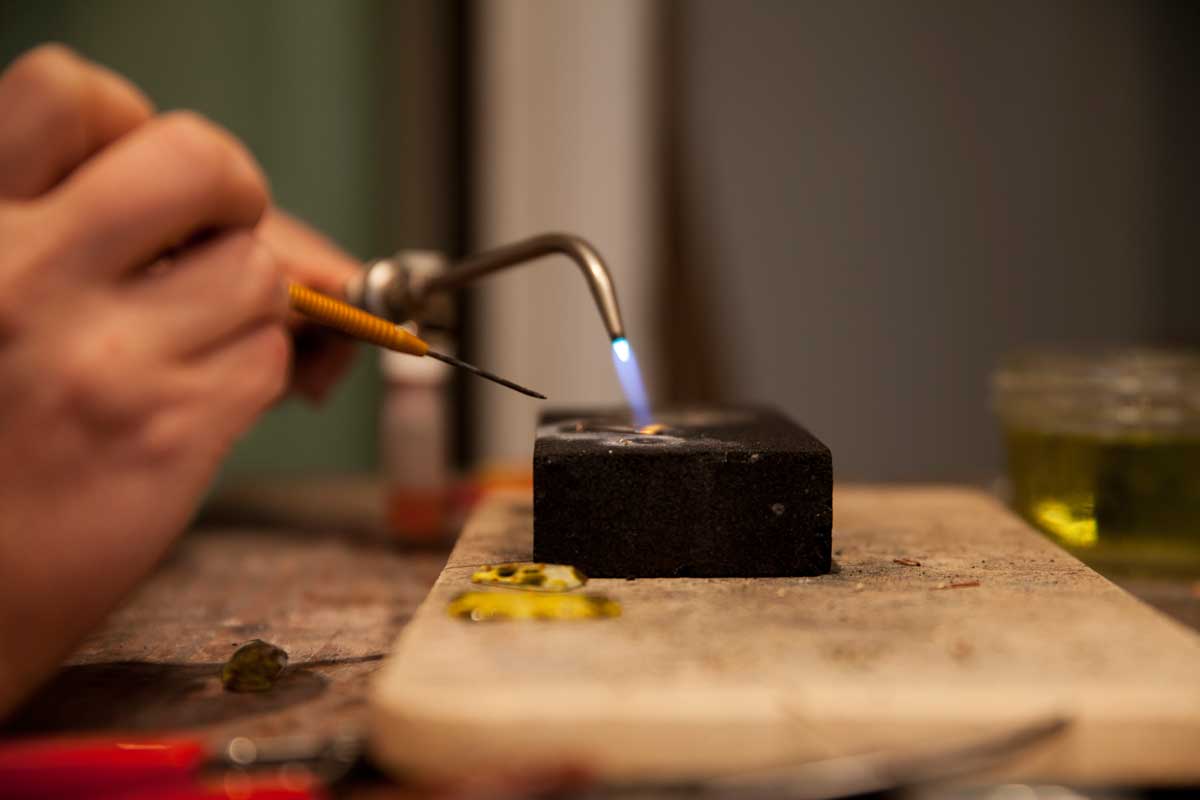 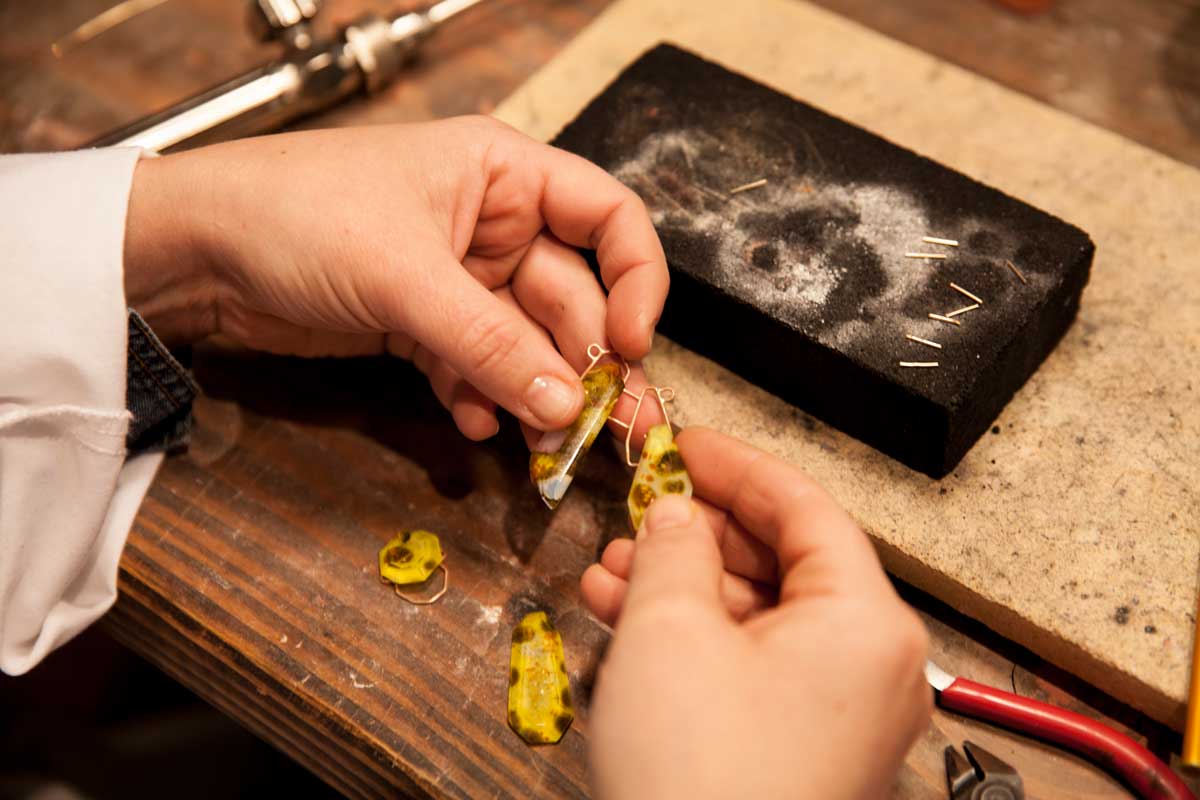 You can find the Chakra Enhancers line on our website under Shop.

Images of the Chief fabricating Chakra Enhancers were captured by Gabe Cosma.

All in a Day's Work